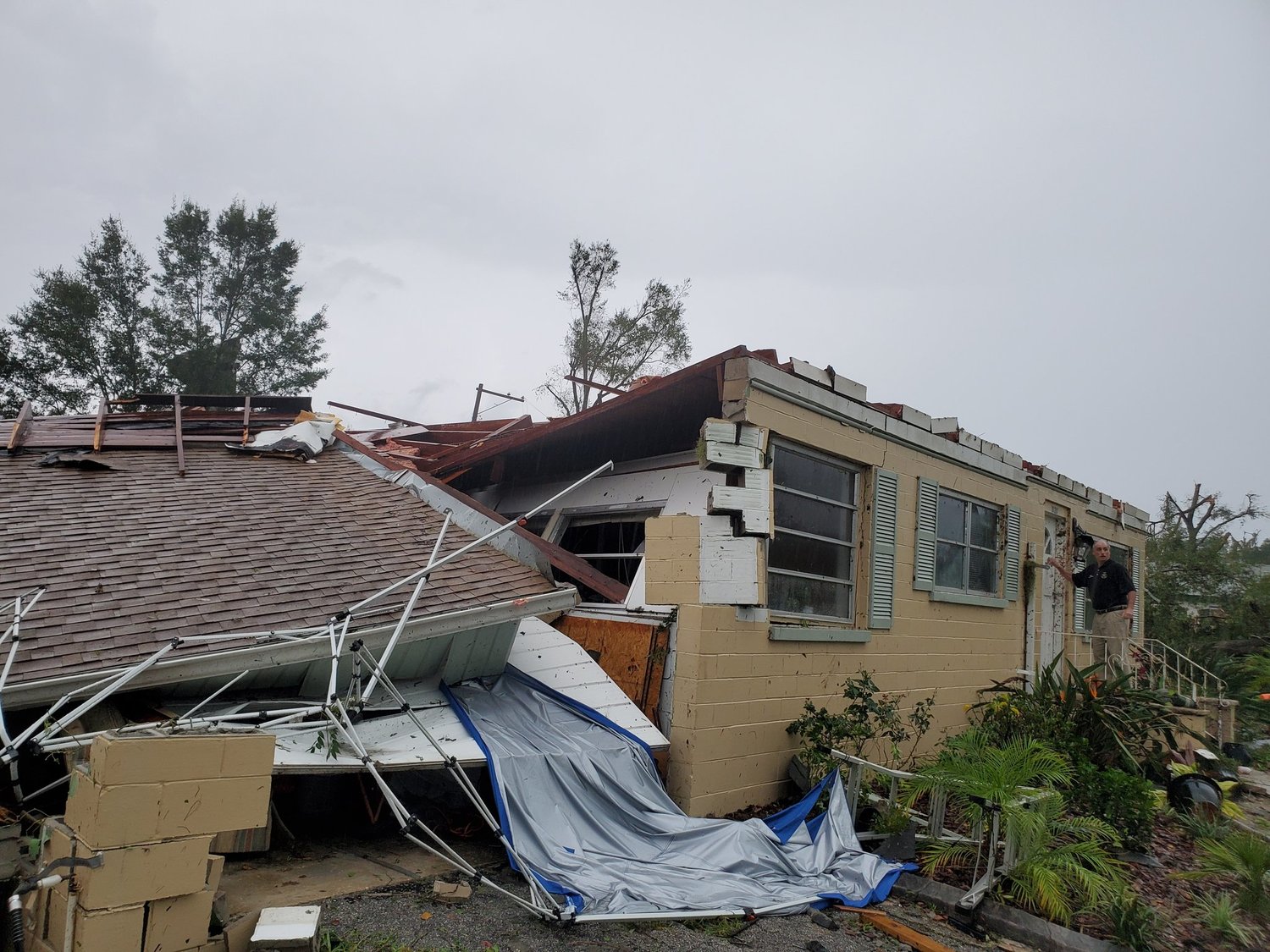 Volusia Sheriff Mike Chitwood knocking on the door of a damaged home off Pine Street in DeLand after an EF-2 tornado touched down
Volusia Sheriff's Office
Posted Friday, September 18, 2020 11:11 am
Sean Mooney

The operation, known as "Extreme Makeover: Fraud Edition," took place throughout Wednesday and Thursday (September 16th and 17th) in Deltona and DeLand, where parts of the city are still recovering from a tornado that touched down back on August 18th, causing millions of dollars in damage.

The operation was planned before the tornado struck, but Volusia Sheriff Mike Chitwood said in a release that these arrests should serve as a warning to any "con artists looking to take advantage of residents in need of home repairs."

Investigators with the Volusia Sheriff's Office received help from the state's Department of Business and Professional Regulation (DBPR). The DBPR was on site to confirm each defendant was not licensed to perform the work offered.

Some of the defendants will also face additional charges in the investigation. One man, 58-year-old David Levison of Orlando, was additionally charged with violation of probation regarding a case where he reportedly stole state funds.

Another man, 41-year-old Michael Lowe of Orlando, had an active warrant in Georgia regarding a violation of probation related to a theft case.

A full list of the defendants can be found below.