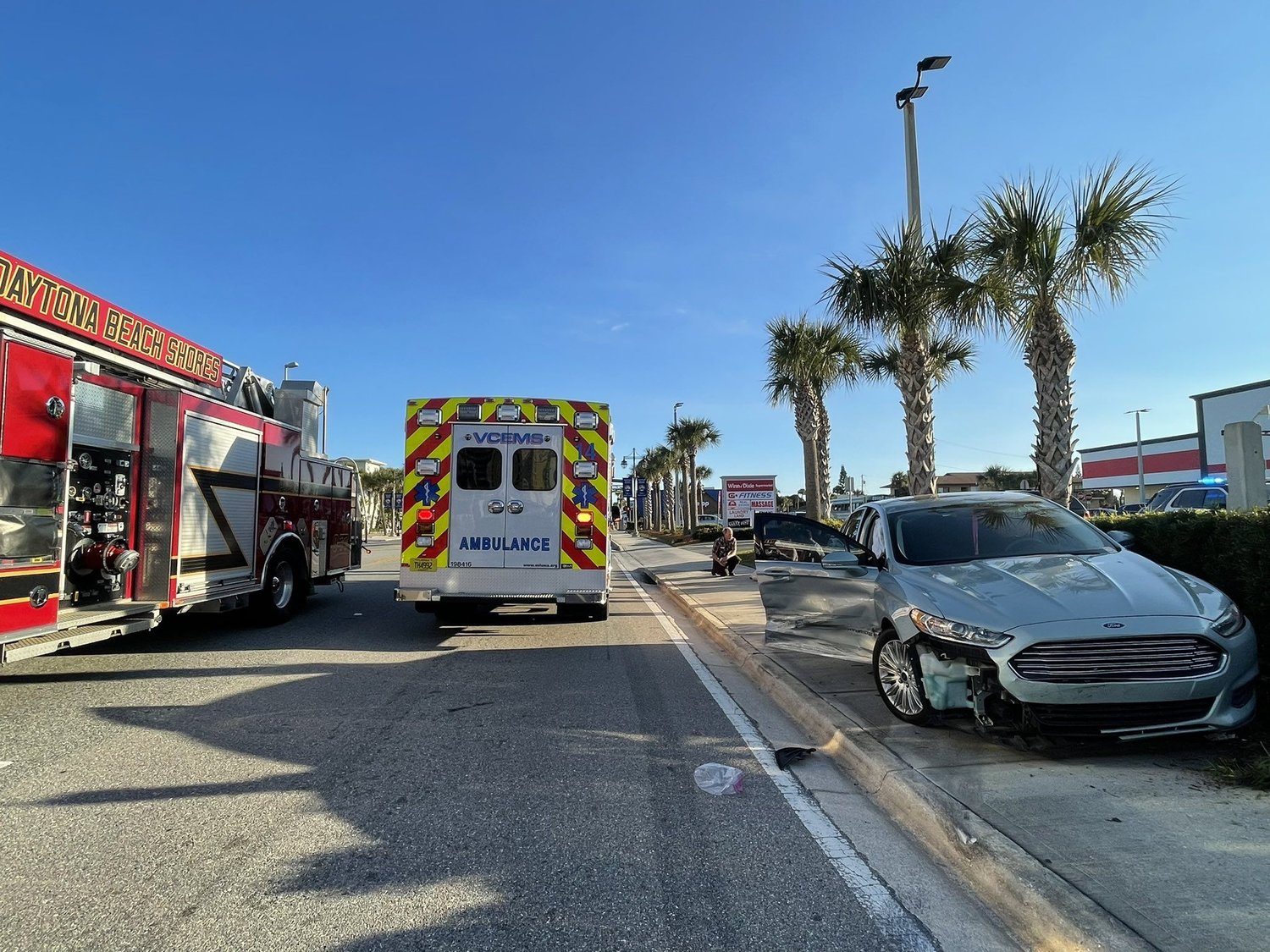 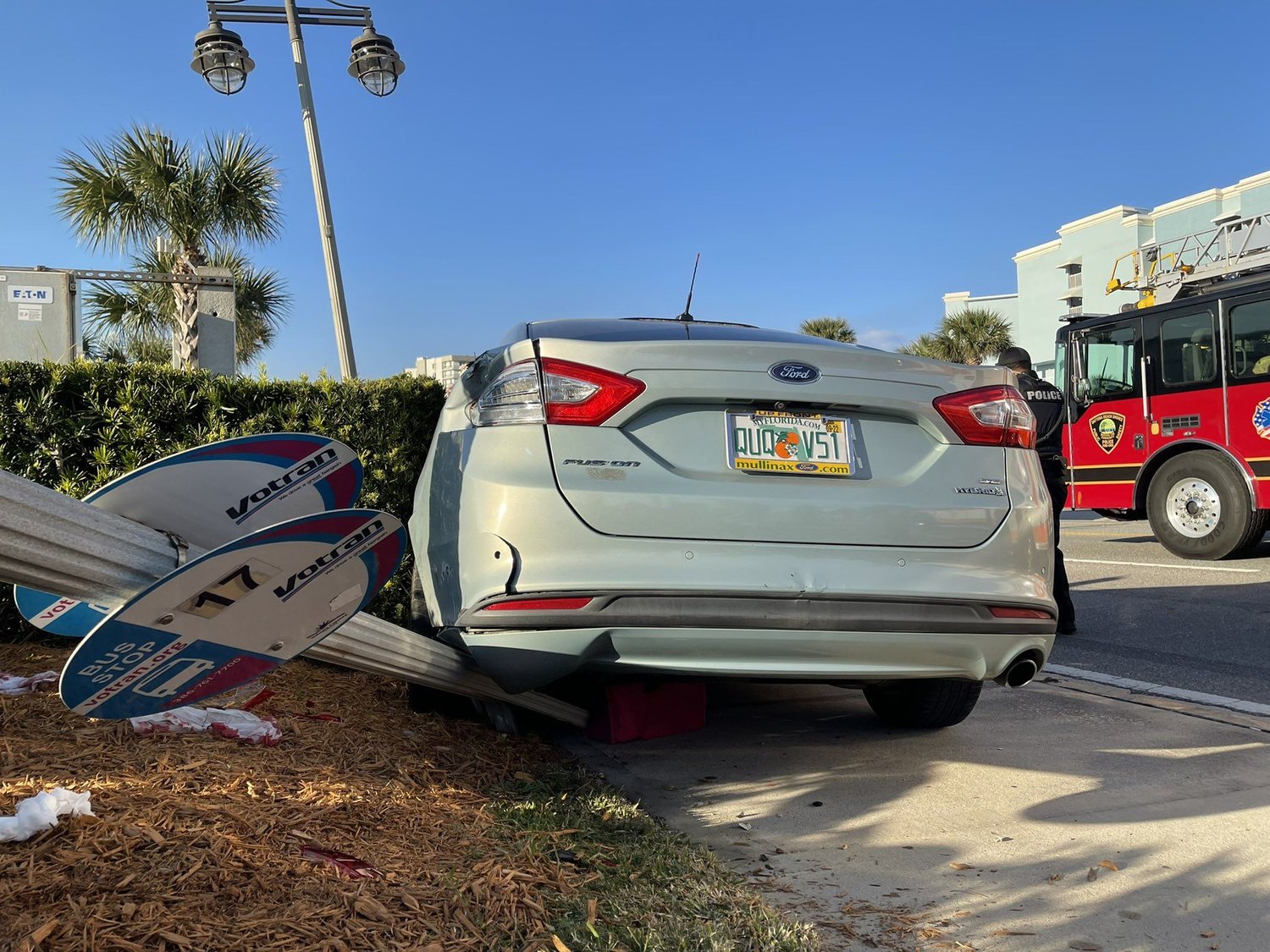 Another view of the crash scene, showing the Votran bus sign that struck a pedestrian, giving them a serious head injury.
Daytona Beach Shores Department of Public Safety
Previous Next
Posted Thursday, January 20, 2022 7:59 am
Sean Mooney

Daytona Beach Shores, FL - They found the car, but the search is still on for the driver who ran from a crash that left a pedestrian with a serious head injury.

Community Information Coordinator Cynthia Lane told News Daytona Beach via email that the Daytona Beach Shores Department of Public Safety has identified the missing driver, who has only been identified as a female, thanks to surveillance footage from a nearby business.

Police are currently working on securing a search warrant for the woman. An update on the injured pedestrian was not available as of Thursday morning (Jan. 20).

Lane says the incident occurred after a black Nissan Rogue left the parking lot of a Winn-Dixie on Atlantic Avenue and t-boned a Ford Fusion sedan as it was headed southbound. The Ford ended up spinning and striking a light pole and a Votran bus sign. The sign fell and struck a pedestrian who was waiting for the bus, giving him a serious head injury.

After the incident occurred, the DBSDPS posted photos of the accident on their social media pages and asked residents to be on the lookout for the vehicle. At the time, police stated they were looking for a black Nissan Rogue, bearing Connecticut tag AY37907.

The Nissan then fled the scene, but was found a short time later at a nearby parking lot. Anyone with information on the driver’s whereabouts is asked to contact police immediately.