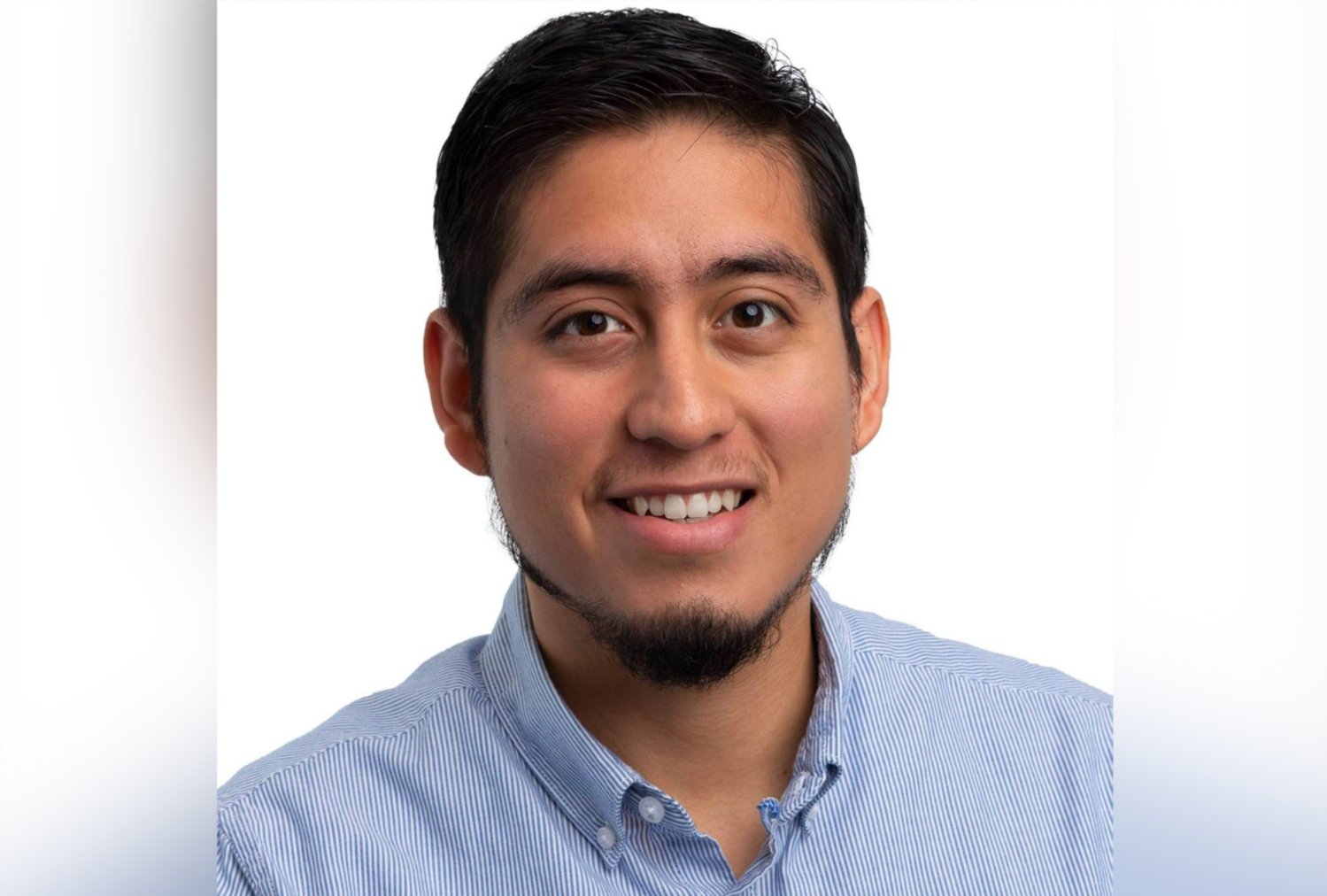 Luis Miguel, Republican candidate for Florida's 20th District State House of Representatives seat, has been permanently suspended from Twitter following a tweet which called for violence against federal agents. The tweet, which is no longer publicly visible on Twitter, reads: 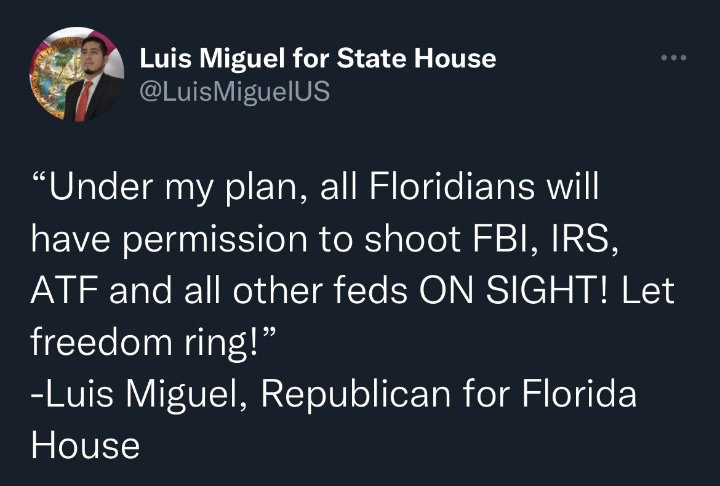 The tweet appears to be a response to the FBI's raid on former President Donald Trump's Mar-a-Lago estate to investigate potential illegal mishandling of classified material, as well as recently-passed legislation to hire up to 87,000 IRS agents over the next ten years to address expected retirements.

Miguel started out the 2022 election season running as a primary challenger to U.S. Senator Marco Rubio. He dropped this challenge earlier this year to instead primary Republican State Representative Bobby Payne in House District 20.

As of Friday afternoon, Miguel has not been suspended from Facebook or Instagram, where the message also was posted before appearing to have been taken down.

Miguel's social media accounts carry a widely populist message, appealing to the furthest-right section of his voterbase by accusing state and federal institutions of being infiltrated by communism. Multiple other calls for violence appear on his Instagram account, including a post just days ago which called for the arrest and execution of Microsoft billionaire Bill Gates. Additionally, Miguel has forwarded the claims that the 2020 election was stolen, and identifies as a 'Proud Christian Nationalist'.

Miguel has made several appearances at local government meetings in recent months. He participated in the 2020 lobbying of the St. Johns County Commission to ensure the presence of Confederate military statues in St. Augustine. In November, he appeared at a Flagler County School Board meeting calling for the removal of the memoir 'All Boys Aren't Blue' from school libraries on the grounds that it sexualized students.

He currently appears on the Republican primary ballot against Payne to represent a district that includes all or parts of Union, Bradford, Clay, and Putnam counties.