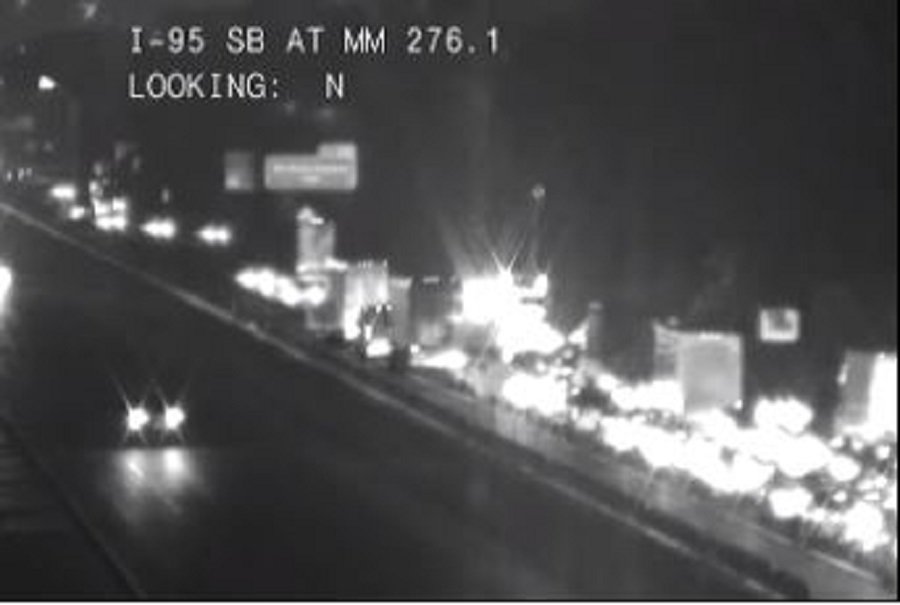 UPDATE: FHP is reporting that the third person who died in the accident is a 37-year-old man. All of the people in the van are family members from different cities in Maryland.

At around 4:30 p.m. today, a puppy was found in the wreckage. It has been reunited with its owner.

UPDATE: According to an email from Florida Highway Patrol, three occupants have died as a result of this crash. Troopers say the deceased are a 19-year-old female, a 4-year-old female, and a third person that was located underneath the van.

Following the crash, eight other occupants were taken to area hospitals—four were transported to Halifax Health, three were taken to AdventHealth, and a child was airlifted to Arnold Palmer.

Per state troopers, the four at Halifax and the child taken to Arnold Palmer are stable. However, the three occupants transported to Advent are said to be in critical condition.

We will pass along updates as they come.

Ormond Beach, FL - One adult and one child are dead after an accident this morning (March 28) in the northbound lanes of I-95 near the U.S. 1 exit at Mile Marker 277. Florida Highway Patrol (FHP) reports the crash happened around 5:30 a.m. when a van carrying 10 passengers left the roadway. Volusia County Fire Rescue (VCFR) reports that the van ended up in a retention pond.

Multiple people have been taken to three area hospitals and as of 7 a.m., VCFR is looking for one missing person. Expect delays in the northbound lanes of I-95 until at least 8 a.m.

News Daytona Beach's Sean Mooney contributed to the update to this report.