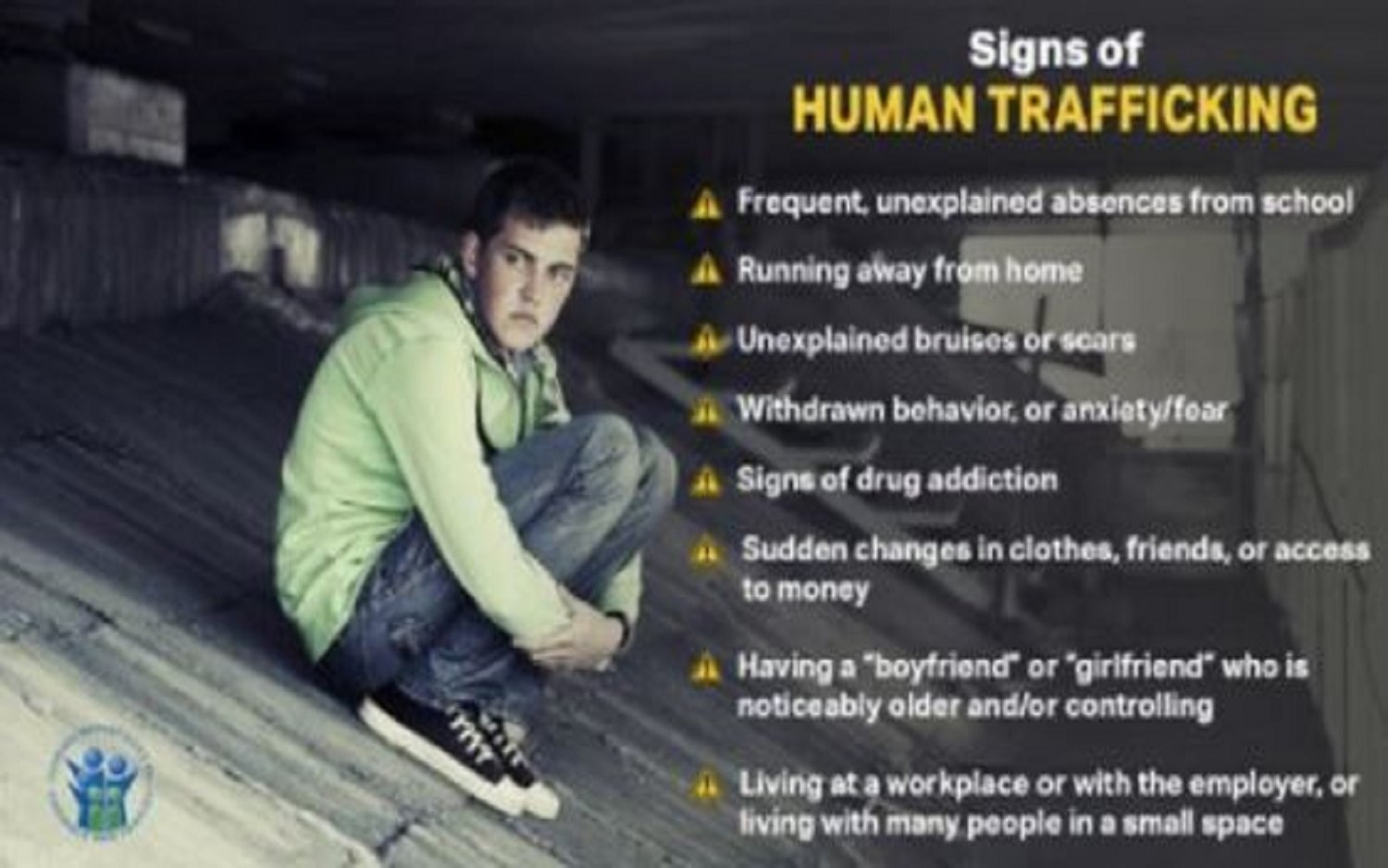 Florida Attorney General Ashley Moody says that human trafficking is an atrocious crime that will require everyone working together to end it. She is calling on all Floridians to learn the signs of human trafficking and how to alert law enforcement to suspicious behavior. "Signs to look out for include a person who seems to be under the control of another individual, responds as if coached, or lets someone else speak for them.  Displayed branding scars, burns, or tattoos and appears malnourished, disoriented or confused, or shows other signs of physical abuse. If you suspect that someone is being trafficked, contact law enforcement immediately."

Victims say the grooming process is often felt as though someone cares and is trying to help. "I ran away for the first time at 11-year-old. I was approached shortly after by an older woman down the street. She built a relationship with me to the point that I even called her Mom." The woman took the victim to parties with older men, where she was raped. The woman forced the victim to sleep with men to feed her drug addiction.

Another victim said many people can't, don't,  or won't believe that human trafficking can happen anywhere to anyone. "Oh, does this really happen here? Yes, it's happening right under your noses. It looks like the addicted mom selling her daughter. It looks like the controlling boyfriend. It's so plain in front of your faces that a lot of people discount it or they ignore it."

If you believe you or someone you know is a victim of human trafficking, call the National Human Trafficking Hotline at 888-373-7888. If you suspect a child is a victim, call the Florida Abuse Hotline at 800-96-ABUSE.

To learn more about human trafficking in Florida, visit youcanstopHT.com.