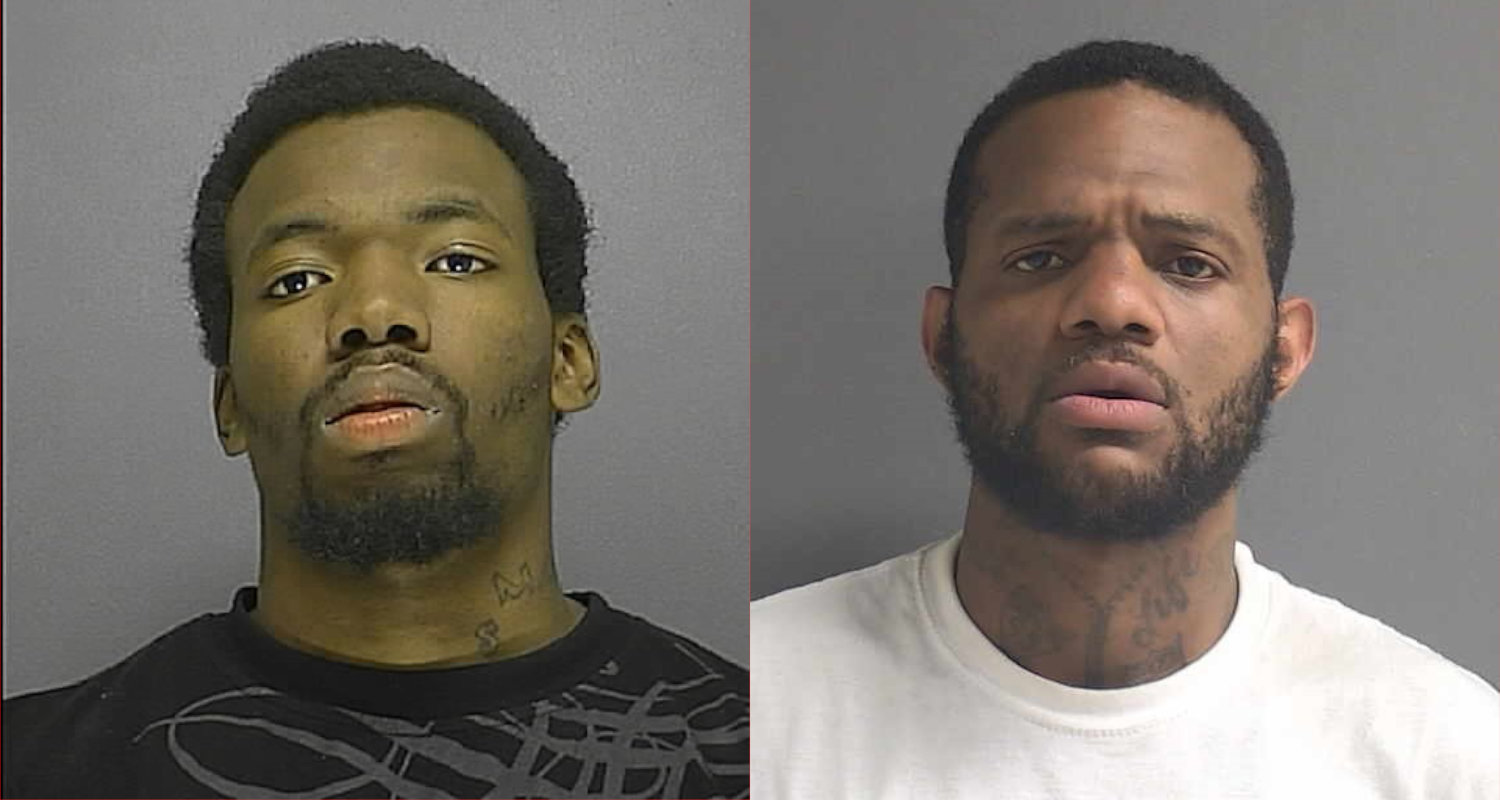 Ormond Beach, FL - It’s a chase that started New Smyrna Beach, then carried on in DeLand and Ormond Beach, and even made it into a Walmart supercenter.

The Volusia Sheriff’s Office says Laterrick Jones and Jonathon Watson were charged after the chase on Thursday (May 5). New Smyrna Beahc police attempted a traffic stop on a car in New Smyrna Beach after it was found swerving in the road with the driver’s door open. It almost collided with a few people as the driver, Jones, reportedly offered to sell them drugs.

When they attempted the traffic stop, Jones took off and headed west towards DeLand on State Road 44 as Air One followed him from overhead. Then the pair made a turn onto State Road 11, and then eventually State Road 40, which sent them back eastbound towards Ormond Beach. There is where Jones and Watson bailed from the car in a busy Walmart parking lot.

Video provided by the sheriff’s office shows Jones running into the store from the grocery section, before running across the store and out the back of a hair salon, all while deputies were following him. As he ran, he dropped a bag of drugs—containing heroin, crack cocaine and meth—and a cellphone that was actively scanning law enforcement radio traffic. He was captured after he was confronted by an unmarked unit.

While Jones was running through Walmart, Watson was seen casually walking away. That is until he was met by a VSO captain who arrested him. Both men were taken into custody without incident.

Jones was charged with fleeing or attempting to elude law enforcement and driving without a valid license. His custody was handed over to the New Smyrna Beach Police Department, who also charged him with fleeing, trafficking in heroin, and possession of both crack cocaine and methamphetamine with intent to sell. As of Friday morning (May 6), Jones remained in custody with a total bond of $43,500.

New Smyrna Beach police ended up charging Watson with resisting an officer without violence. He posted a $500 bond and was released from jail that same night.