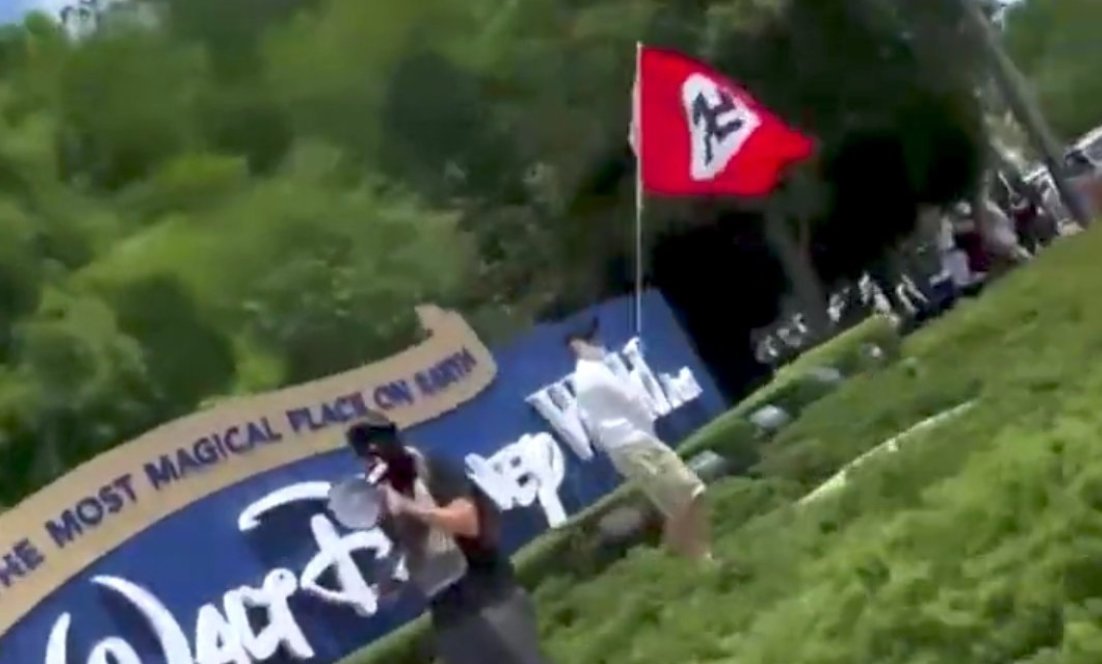 ORLANDO - A clip is circulating online which appears to show a small group of Nazi demonstrators waving flags outside the road entrance to Walt Disney World in Orlando.  The demonstrators are shown in the clip holding flags emblazened with the swastika, a symbol of the regime of Adolf Hitler.

Nazis are outside the West Gate of Walt Disney World. pic.twitter.com/C3smCuosiX

Visible are two red swastika flags, alongside one which reads 'DeSantis County'. The Governor has not issued a statement on the clip as of late Tuesday morning, but his Press Secretary Christina Pushaw has responded on Twitter accusing Democratic Attorney General candidate Daniel Uhlfelder of being responsible for the display. News Daytona Beach is awaiting a response to a request for further comment.

No larger Nazi group has claimed responsibility for the demonstration, but Orlando residents might remember a group called the National Socialist Movement as having held similar demonstrations across Orlando in February. These led to the arrest of three men on battery and hate crime charges after they were shown assaulting a pedestrian outside a shopping center.

Bethune-Cookman University in Daytona Beach, was part of a string of bomb threats against historically black universities in late January. Daytona Beach Police Chief Jakari Young at the time tied the Orlando demonstrators to the bomb threat, which he said came from a Nazi group known as Atomwaffen.

It's unknown why the Nazis chose Disney World for their demonstration, though the exposure to heavy traffic could be an explanation. Disney World was recently in Governor DeSantis's sights following their condemnation of his touted Parental Rights in Education bill. DeSantis, with the backing of the state legislature, voted to dissolve their special government district status in retaliation for what they deemed 'woke ideology'.