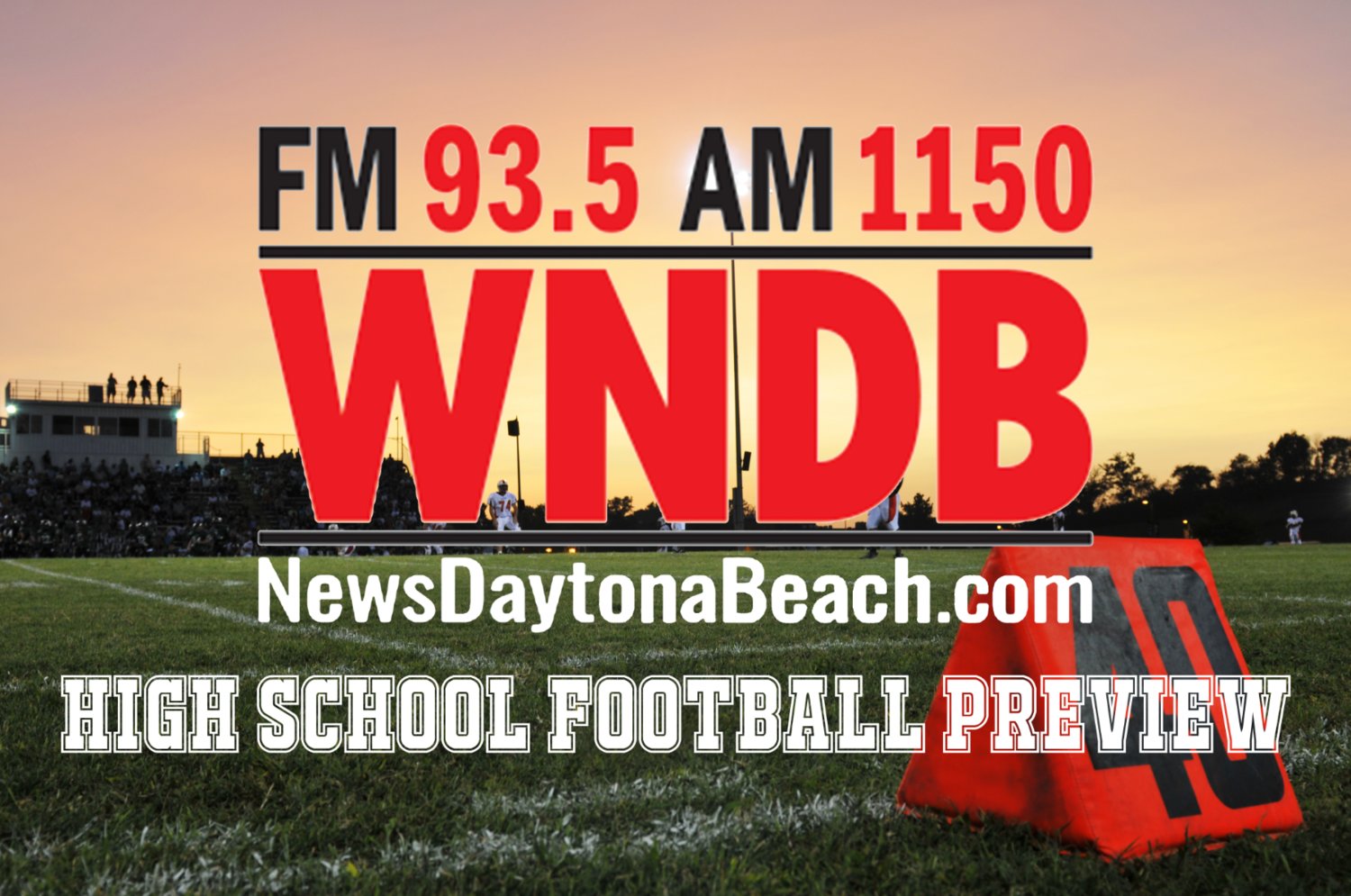 This weekend has plenty of good high school football games for one to attend. There are five games on Friday 10/14, kickoff is approximately 7pm EST for all games. There is also a make-up game for district rivals Seabreeze Sandcrabs (1-4) and Deltona Wolves (5-1) on Monday 10/17. That game will kickoff around 6pm at Daytona Municipal Stadium and be broadcasted right here on WNDB.

Before that district matchup, the Seabreeze Sandcrabs (1-4) first battle the Pine Ridge Panthers (0-6) on their home turf. The Sandcrabs coached by Pat Brown finally captured their first win of the season on the road versus Satellite High School 28-21. They return home to play the winless Panthers, who recently lost to the Mount Dora High School Hurricanes 42-0.

The Deland Bulldogs (3-2) have their second consecutive home game this Friday, seven days after defeating the previously undefeated Deltona Wolves (5-1) by a score of 58-42. Their non-district visiting opponent for this week are the Seminole High School Seminoles (5-1). They are coming off an electrifying 35-29 overtime win against the Cocoa Tigers (2-3) from Cocoa, FL. This seems to be an exciting matchup for Rick Darlington’s Bulldogs, and a must-win if they want to separate themselves from district rivals New Smyrna, Spruce Creek, and University.

The New Smyrna Beach Barracudas (3-2) played two games over the weekend, splitting the difference winning vs Sunlake (1-5), 20-9 on Friday and losing versus Central Florida Christian Academy (5-0), 25-21 on Monday. The Barracudas will look to bounce back against the Sebastian River Sharks (3-2). Each team have identical records, but New Smyrna has scored 82 points over the last three weeks compared to Sebastian River’s 16 points over the same span and 76 points on the season.

The University Titans (3-3) had a rough outing last Friday versus the Mainland Buccaneers (4-1) losing 37-0. The Titans were without their Sophomore starting Quarterback, Malachi Walters with a hand injury, which proved to be crucial to the outcome of the game. The Titans will try to bounce back with an away game versus the Spruce Creek Hawks (2-3). Spruce Creek was able to grab their second win after starting 1-0 and losing three straight by 20 or more, so the Hawks look to ride the momentum to another win.

On the other side of the University Titans versus Mainland Bucs game, despite there being no turnovers on either side, Senior QB Demarcus Creecy and Mainland’s Offensive Line were able to shine, allowing Creecy to throw for almost 200 yards and 3 Touchdowns in the first half alone. This young Mainland team (4-1) will travel to the Deltona Wolves (5-1) stadium to try giving them a consecutive loss and pass them in overall and district standings.

As I mentioned earlier in this article as well as last weeks, due to Hurricane Ian, there is a make-up game between the Seabreeze Sandcrabs (1-4) and the Deltona Wolves (5-1) on Monday October 17, 2022, at 6pm at Daytona Municipal Stadium. Depending on the results of their games on Friday, Seabreeze could give Deltona a run for their money come Monday night.