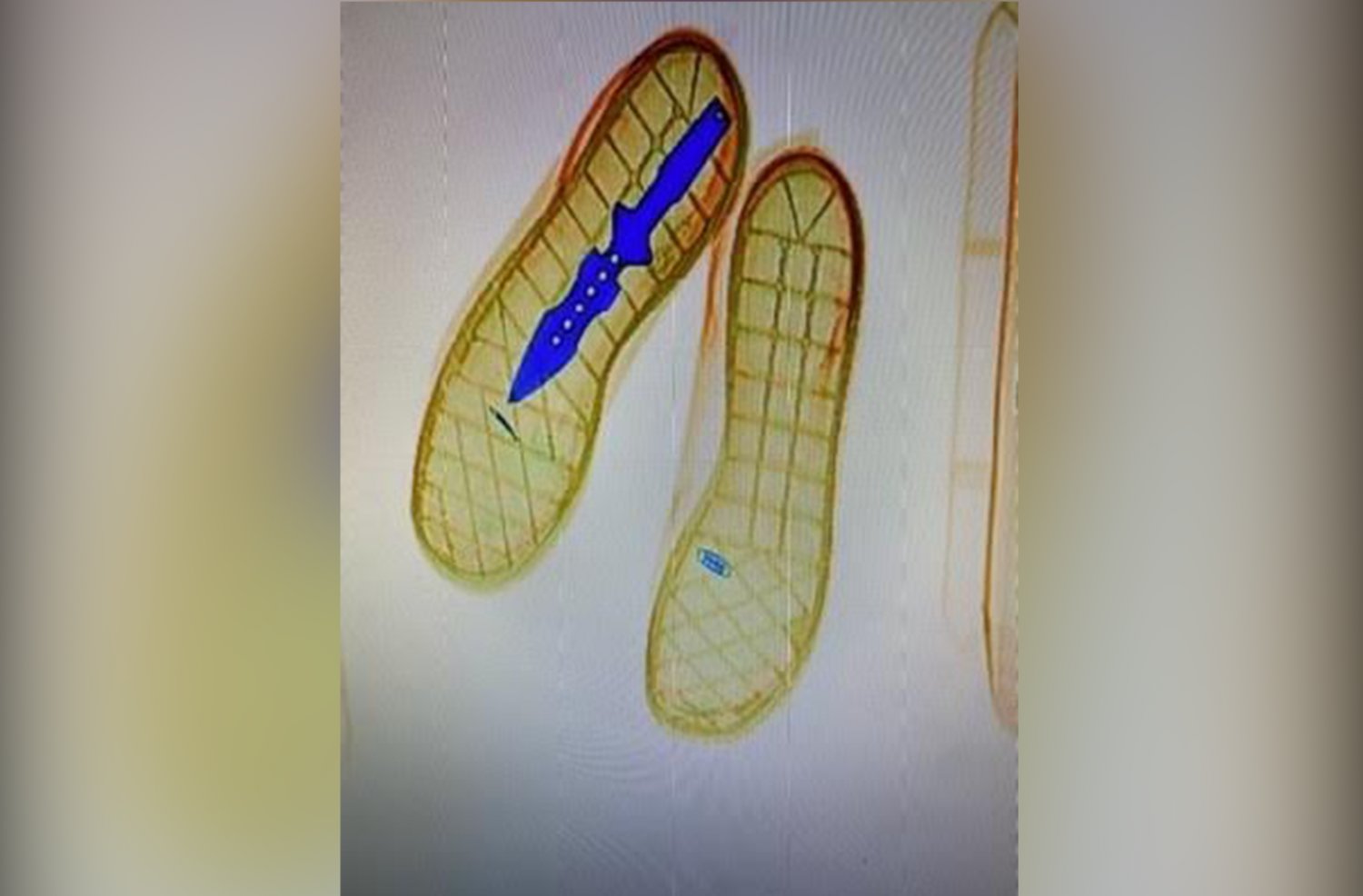 DELAND, Fla. - A Volusia Sheriff's deputy is credited with finding the dagger that was stashed in the shoe of a man at the Volusia County Courthouse on Friday. DeBary resident Austin Irvine, 26, was caught with the dagger on his person when going through an x-ray machine before a court appearance.

The incident, which occurred shortly after 11:00 am on Friday, kicked off when Irvine was taken through security at the courthouse. He was instructed to place his belongings in the plastic bin before walking through the magnetometer. The machine alerted deputies to something in Irvine's foot area.

After walking through a second time, Irvine was told to remove his shoes. Then, deputy Trevor Gamble discovered the dagger hidden in the sole of Irvine's right shoe. Immediately Irvine said he didn't know it was there, and that the shoes weren't actually his. All the same, he was charged with the misdemeanor offense of carrying a concealed weapon into a courthouse.

Irivine's appearance was tied to an incident in September of last year in which he fired a shotfun in his DeBary neighborhood at people who weren't even real. The Volusia Sheriff's Office filed a risk protection order, under the statute colloquially known as the 'Red Flag Law'. Thus, his firearms and ammunitions were seized by the VSO under the pretense that he was a danger to those around him with them in his possession. As of the time of the incident, this order was scheduled to expire this coming September, according to the VSO.