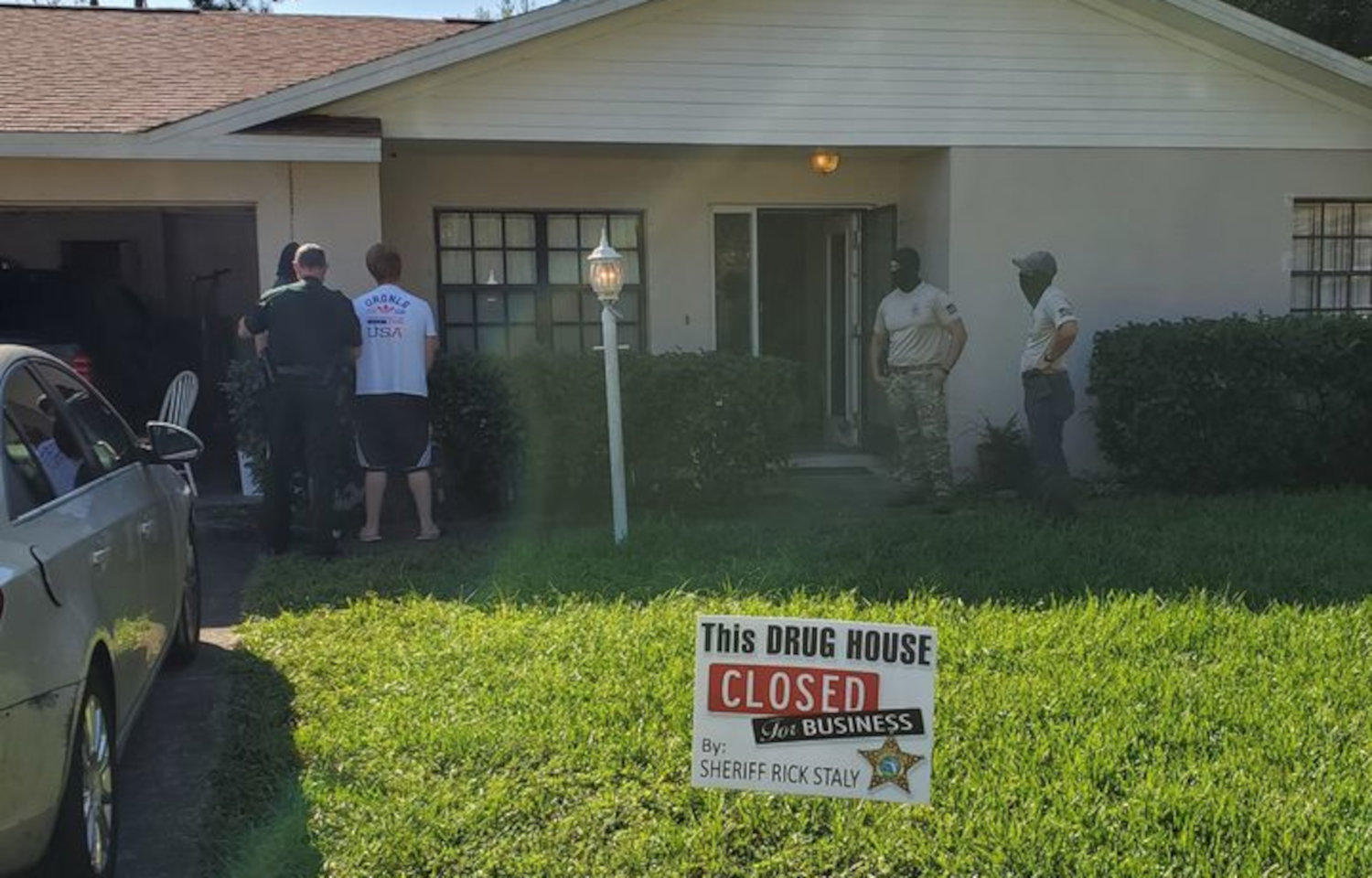 Palm Coast, FL - An early morning search leads to three arrests and the seizure of multiple pieces of drug paraphernalia, a loaded weapon and narcotics, including a trafficking amount of fentanyl.

Flagler Sheriff Rick Staly said deputies began preparations to serve a search warrant on the Warner Place home—which was considered a "high interest" target—around 5:30 Tuesday morning (October 13th). While the sun was still down, deputies arrived at the home and confirmed the allegations of suspected drug dealing coming from the home.

While the warrant was served, three adults, identified as 24-year-old John William Iles, 29-year-old Daniel Clark McIntyre, and 25-year-old Tylor Whitaker, were found in the home, along with trafficking amounts of fentanyl, a loaded shotgun, marijuana, prescription medication, and various drug paraphernalia—including over 100 used hypodermic needles.

In addition to the weapon, narcotics, and paraphernalia, detectives also found a safe that contained over $1,000 worth of jewelry that was previously reported stolen in Palm Coast. That investigation continues.

“This residence has been a problem house for a while and as a result has made the Sheriff’s High Interest Target list,” Sheriff Staly said.

Sheriff Staly also stated in a video of the search warrant execution that the three suspects are "Antifa sympathizers" based on statements that were made. However, the release provided by the Flagler County Sheriff's Office makes no mention of these statements or allegations. In addition, Staly does not clarify what statements were made in the aforementioned video.