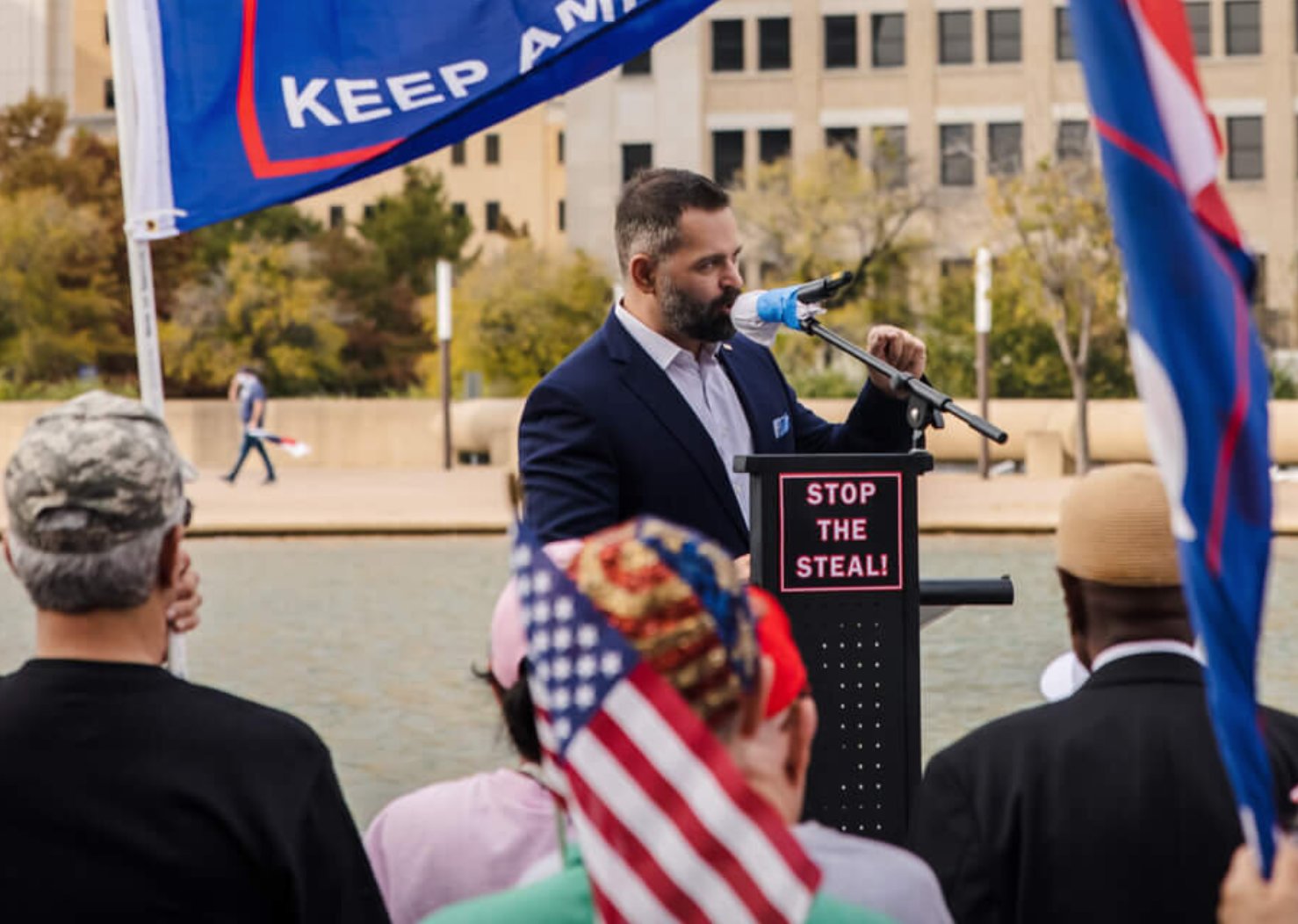 NEW SMYRNA BEACH, Fla. - Among the most debated aspects of the 2022 election cycle was the role of election integrity, and whether questioning results was a viable strategy to win national office. On the national scale, many election-skeptical candidates saw defeat: Pennsylvania's Doug Mastriano, Arizona's Kari Lake, and Michigan's Tudor Dixon. In Florida, however, Republican voters fueled a red wave indiscriminate to whether candidate did or didn't support the results of the 2020 presidential race.

One such candidate is Winter Haven's Cory Mills, the Republican congressional nominee for Florida's 7th district. Mills ran in a district last won by Democrat Stephanie Murphy by twelve points, and flipped it red by a seventeen point margin. It was one of the most starkly changed seats in the nation.

Mills campaigned leaning heavily on his association with former President Donald Trump, including with a prominently placed billboard on I-95 near Tanger Outlets in Daytona. On his website, he highlighted his involvement in 'Stop the Steal', a movement started by Trump to attempt the overturning of the 2020 presidential election results. The claims have suffered unanimous losses in court, but still live on as a political litmus for Republican candidates - to embrace or not embrace Stop the Steal is to select vastly different GOP voter blocks.

Since winning his election Mills has been under no obligation to defend his stance. The voters endorsed his candidacy, Stop the Steal and all, and he has a license to take it to Congress. On Saturday, however, he stepped in to defend his election skepticism against criticism on Twitter.

"[Cory Mills] juxtaposes being a 'constitutionalist' who took a perpetual 'sacred oath' to defend the United States Constitution...with photos speaking at one of Trump's post-election 'Stop the Steal' rallies," said one user, stopping just short of accusing Mills of insurrection. That user is Richard Thripp, former Volusia County Democratic Party Chair and 2020 congressional candidate. Thripp holds no office but remains active on Twitter, often badgering GOP officials and leaders. Like any other critic, Mills was under no obligation to defend himself. But he did.

"Can you please tell me about your service in uniform defending this nation and where demanding election integrity for all Americans is a negative thing?", Mills responded. One screenshot from Mills' site in Thripp's tweet spoke to Mills' U.S. Army service, though Thripp did not invoke it directly.

Thripp responded in-kind: "Please tell me how encouraging an armed mob who wanted to murder the Vice President and members of Congress to rig the election for Trump in violation of the United States Constitution is a positive thing?" Reports from the January 6th Capitol Riots hold that then-VP Mike Pence and a number of Congresspeople were in a degree of danger from some of the individuals who breached the Capitol.

The exchange carried further, with Thripp posing that Mills' Army service and experience with authoritarian states should've emboldened him against what Thripp called 'overthrowing the will of the people in the United States of America'. Mills disputed that he'd tried to overthrow the government, to which Thripp posted an image of Mills speaking at a podium with the phrase 'Stop the Steal!' written on it

"So wanting free & fair elections and taking an Oath in uniform to defend our constitution you feel are not the same?", countered Mills, who then reiterated the nature of his service in Afghanistan. He denied a characterization that he had 'egged on' an insurrection as he'd been accused of. Thripp posted a screenshot of an Orlando Sentinel article which detailed Mills' participation in a Dallas Stop the Steal rally days after the 2020 election to assert he indeed had.

Mills' final retort was an effective one - that he'd won his election handily and so regardless of the degree to which he was involved in the efforts to overturn an election, the voters of his district approved by a large majority. He's set to become a member of the 118th Congress in January 2023, a freshman in the first Republican House Majority since 2018.