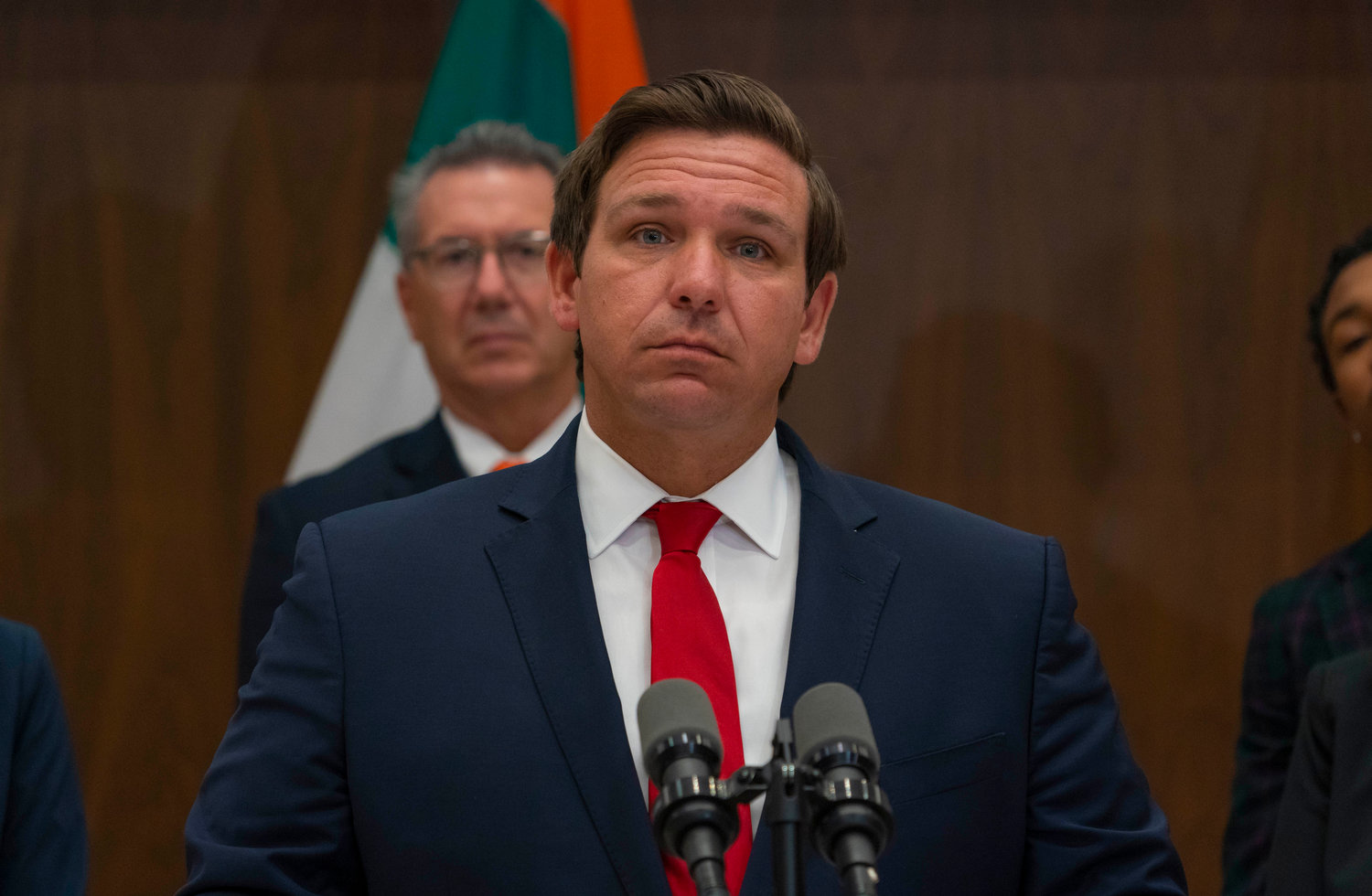 TALLAHASSEE, Fla. – The Florida state legislature, majority GOP in both houses, has ceded the job of drawing congressional district lines to Governor Ron DeSantis. The task of redrawing these lines following the U.S. Census is delegated to the legislature, but must first be signed off on by the Governor before taking effect.

Governor DeSantis’s hangup with the legislature’s plan was a desire to break up the 5th congressional district, a span which connects Jacksonville and Tallahassee at the northern end of the state. FL-5 is considered a Democratic stronghold, with liberal Congressman Al Lawson earning commanding victories in each election since the district was drawn.

Before engaging with his party, DeSantis attempted to petition the state Supreme Court for a stamp of endorsement on his proposed map. The Supreme Court declined, citing that it wasn’t procedurally normal for them to engage in the redistricting process. This is generally true.

DeSantis was shown his party’s proposed maps during the legislative session this year, and vowed to veto it should it make it to his desk for approval. On March 29th, DeSantis made good on that word, forcing the legislature to reconvene in special session.

What ensued was a form of gridlock between the Governor and his party’s state legislators over what the state’s district boundaries would look like for the next decade or so. It was a rare moment of gridlock, with the state reps largely showing up for DeSantis’s priorities in large enough numbers to pass them.

The special session will take place from April 19th to 22nd, but the legislature has made it clear they will be backing down from the confrontation. The Governor’s map will be passed, and inevitably signed into law. It represents a major precedent in state politics, with the Governor commandeering a process which is regarded as the duty of the legislature. It is not illegal from a procedural standpoint, as the state House and Senate will be heeding to a suggestion and not formally transferring their duties. They are transferring it, however, in most every sense other than formally.

In the opinion of Congressman Lawson, who is himself black, DeSantis’s objectives are to disenfranchise black voters. “In January, DeSantis made it clear that his ultimate objective was to cut the number of African Americans and Hispanic Americans serving in Congress, so today’s veto is no surprise,” Lawson said when DeSantis rejected the initial map. “The fact that DeSantis justifies his goal to create racial disparities in congressional representation by citing the constitutional amendment created following the Civil War for the very purpose of remedying those same disparities is absurd and will be soundly rejected by any credible judge.”

The American Civil Liberties Union (ACLU) concurred with Lawson’s disapproval, calling DeSantis’s actions gerrymandering. “People should pick their politicians, not the other way around,” they said in a statement.

The Governor asserts that his proposal will aim to break up existing gerrymandering. “We are not going to have a 20-mile gerrymander that divvies up people based on the color of their skin,” he said. “That is wrong. That is not the way we have governed in the state of Florida.”

Late last month, Judge Mark Walker struck down a law passed last year on the basis that it made it unnecessarily difficult for some black communities to vote in Florida. “For the past 20 years, the majority in the Florida legislature has attacked the voting rights of its black constituents,” he said in his ruling.