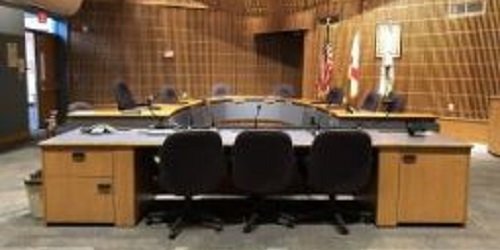 DeLand, FL - Volusia County School Board members say that the first week of school went better than expected. Volusia United Educators President Elizabeth Albert said she feels like "we went backward." While listening to the School Board members talk about the first week of school, she says she felt like she was on "a different planet." She says that she's been hearing from VUE members that teaching in the classroom and Volusia Live simultaneously is very difficult. "They have been trying to overcome hurdles with technology, obstacles with student engagement, trying to manage children in two different platforms at one time, trying to help adults who are home with children navigate technology issues. It's just been a very challenging beginning to a school year."

Albert says the one constant she's hearing is that the teachers are happy to be back with their kids. she says if we're framing a positive restart just because we've reconvened children with teachers, she would agree with the School Board but there are a lot of other things in play. "If you look beyond that and you look at the nuts and bolts of teaching, I can tell you it was a very different start for the practitioners then it was for the School Board members."

School District Community Information Director Kelly Schulz confirmed that at this time, ABM Industries is still the custodial provider. Albert says the cleaning service was not discussed at the Board's meeting but she's still hearing about them from staff members. She says they are doing the bare minimum and oftentimes not emptying trashcans and that they flagrantly and repeatedly miss the mark every single time.  Albert says the school district pays ABM $14 million annually. Since the new app to report problems was rolled out last month, close to 400 complaints have been registered. At this time, the data shows that only 51 percent of those complaints have been resolved.

Qualifying is Over: A List of Candidates in Volusia & Flagler Counties
The filing deadline for the 2022 elections was on Friday, meaning the fields are now set in stone for Flagler County. These are the candidates who voters will choose from in the 2022 primary and …
DeBary Man Defies City's Lawn Code; Accumulates $135k+ in Fines
DEBARY, Fla. - William Mantz is on a mission for his environment. At least, that's how he sees his rather unusual dispute with the city government of DeBary.  Code enforcement officials see it …