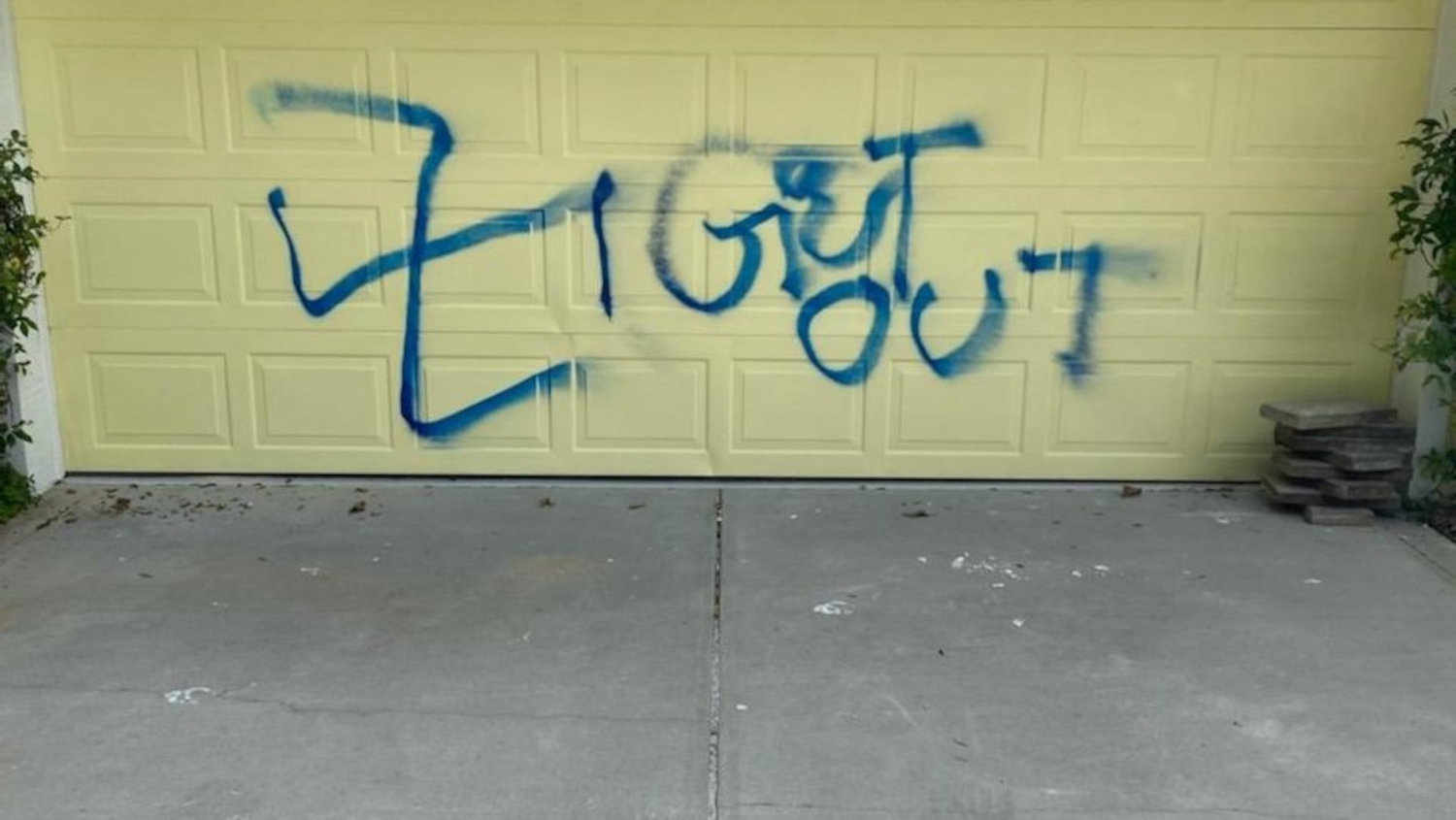 The graffiti left on the garage door of a John Anderson Drive home
Volusia Sheriff's Office
Posted Thursday, May 12, 2022 10:48 am
Sean Mooney

Ormond Beach, FL - Volusia County deputies are looking for the person behind hateful graffiti left behind on one Ormond Beach resident’s home.

Investigators say the homeowner woke up on Wednesday (May 11) to find the words “GET OUT” and a swastika—which was also painted incorrectly—on their garage door. The victim, who lives on John Anderson Drive, said damage to the garage is estimated to be more than $200 and less than $1,000. Detectives believe the vandalism was prompted by the victim’s ethnic origin.

It’s unfortunately not the first hate-crime incident Ormond Beach residents have dealt with this year. In February, Ormond was one of many locations across the United States where a rash of antisemitic flyers were left in the driveways of multiple homes. Neighborhoods in Virginia and Texas were also targeted in similar ways; which led to the FBI launching an investigation into the matter.

That all stemmed from a group known as the Goyim Defense League, which is described as an antisemitic group. A photo sent in by an anonymous source to News Daytona Beach showed demonstrators with the GDL holding signs just like the flyers found in Ormond during the 2022 Daytona 500. Their presence was confirmed by Daytona Beach police.

Anyone with information about this crime is asked to call Volusia sheriff’s Detective Lecates at (386) 804-9083 or via email, CLecates@vcso.us. Or for a potential reward of up to $5,000, submit a tip to Crime Stoppers of Northeast Florida at (888) 277-TIPS (8477) or through the P3 Tips app. You will remain anonymous.